Canva’s Localization Leaders on Translating into 100+ Languages – via slator.com 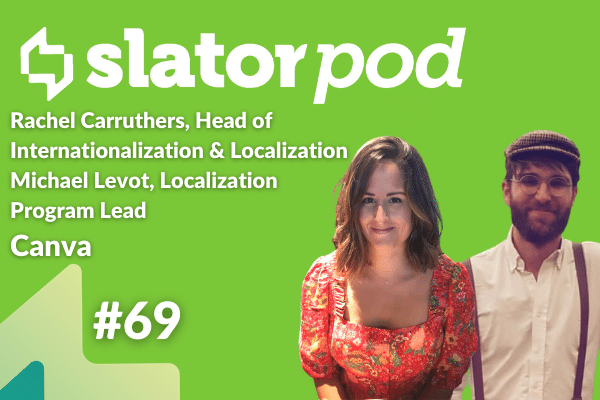 Florian is starstruck this week as two guests from his favorite SaaS tool, Canva, join SlatorPod.

Canva’s Rachel Carruthers (Head of Internationalization and Localization) and Michael Levot (Localization Program Lead) join the Pod from Down Under to talk about localization at the Sydney-based design platform.

Rachel and Michael describe Canva’s hub-and-spoke model for Localization, which enables them to run a “[expletive] massive” localization operation across no less than 104 languages.

They talk about deciding what to build and what to buy in the way of language technology, and discuss their language services vendor model, which currently involves a half a dozen LSPs.

First up, Florian and Esther run through the language industry news of the week, which saw a Paris-based RSI study conclude that interpreters find remote simultaneous interpreting (RSI) more difficult than onsite.

Meanwhile, Google Translate marked one billion installs by looking back on the language capabilities it has added since launching in 2010. The duo also talk about proposed regulation from the EU around AI systems, which raises questions for MT providers and other NLP operators as to their potential obligations.