Things we can learn from Saint Jerome on International Translation Day (multilingual.com)

While International Translation Day (ITD) on September 30 has become a well-known fixture on the rotation of our annual translation calendar, it’s a relatively modern idea. ITD was officially established by the UN in 2017 after 26 years of lobbying by the International Federation of Translators (FIT).

Though its official place on our calendar is a modern phenomenon, it celebrates the very ancient art of translation, also known as the second oldest profession in the world. And its date points directly back in history to Saint Jerome, the first translator of the complete Christian Bible into Latin, who died on September 30, 420.

The biographies of historical figures like Jerome who are separated from us by more than a millennium can be surrounded by myriad myths and legends. Jerome has his share of those. And no, his best friend was not a lion, as many of the hundreds of artworks depicting him suggest. Still, we know uncommonly much about his life. Why? Because he was a translator and loved to write. Here are a few historical facts about Jerome that can help us view our own world of translation with more clarity.

He translated to share
Before he set out to work on his translation, some parts of the Bible had been translated here and there, but they were neither consistent nor reliable. Jerome’s translation was called the Vulgate (version for the common people), and though this was likely a bit of a euphemism in an age when most people could not read, it ended up having a tremendous impact on disseminating the biblical text. It remained the official Catholic Latin translation until 1979.

We do the same today. Regardless of how intensively we compete with each other or what kind of technology we use, we translate to share — by definition. When George Steiner said that “without translation, we would be living in provinces bordering on silence,” he didn’t mean just the translation of religious texts or highbrow literature. It includes everything that is being translated, from a package insert to a website to a global advertising campaign. We translate to share.

Inspired by the story of Saint Jerome, and its connection to Translation Day, MultiLingual magazine is giving free access to its online archives, dating back to 2006. See how the magazine has changed, and marvel at articles from a decade ago about machine translation.

Jerome also translated in an innovative way
Clearly, depictions of Jerome typically don’t show him with a tablet accessing Google Translate, but his actual accomplishment was even more controversial and innovative. He translated the Old Testament from Hebrew in an era when the Greek translation of the Hebrew Bible, the Septuagint, was considered the gold standard, revered as the most widely used scripture at the time of the birth of the Christian Church. Jerome, however, insisted that he needed to study Hebrew to do the text justice, even though he was widely condemned for the decision and was forced to study Hebrew in secrecy.

We also innovate today
Although the art of translation is ancient, our translation industry is still relatively young. Some parts of the industry might evolve faster than others, but if you look at where we started in the 1980s, the differences between our work environments then and now are staggering — and will no doubt continue to develop.

As a translator, I feel strongly that people — human translators — will continue to play a central role in this process. And even as someone who is also familiar with translation technology, I feel just as strongly that this is a given for the foreseeable future. Still, we work in an ever-innovating industry.

The Thunderer
There’s one more historical fact that we should be less enthusiastic to embrace when it comes to Jerome’s example. The 1956 poem The Thunderer by Phyllis McGinley you might be familiar with from the great blues rendition by Dion, starts like this:

McGinley was right. Jerome was a deeply combative and altogether unpleasant man who died — on that all-important September 30 — lonely, and likely very unhappy. And although I do know a few crotchety Jeromes in our space today, the vast majority of you are just the opposite. I’m grateful to be part of this vibrant, fascinating, and people-driven translation space. 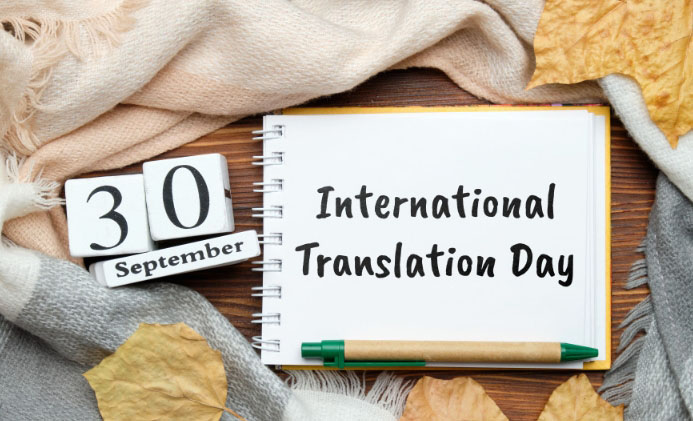